“A baby is God’s opinion that life should go on. A book that does nothing to you is dead. A baby, whether it does anything to you, represents life. If a bad fire should break out in this house and I had my choice of saving the library or the babies, I would save what is alive. Never will a time come when the most marvelous recent invention is as marvelous as a newborn baby. The finest of our precision watches, the most super-colossal of our supercargo plants, don’t compare with a newborn baby in the number and ingenuity of coils and springs, in the flow and change of chemical solutions, in timing devices and interrelated parts that are irreplaceable. A baby is very modern. Yet it is also the oldest of the ancients. A baby doesn’t know he is a hoary and venerable antique — but he is. Before man learned how to make an alphabet, how to make a wheel, how to make a fire, he knew how to make a baby — with the great help of woman, and his God and Maker.”

PS  Today, my wife and I became grandparents for the very first time.  We welcome our grandson, Everett, into our world.  We appreciate your prayers as he requires surgery within the next week.

How to Babysit a Grandpa (Jean Reagan & Lee Wildish)

How to Babysit a Grandma (Jean Reagan & Lee Wildish)

Image Credit (Note: this is not our grandchild)

“Hope deserves an anthem and that’s why we sing.”

Kath and I attended a superb concert last night.  Switchfoot came to our town and played Meadowbrook Theatre, a venue at my alma mater, Oakland University, in suburban Detroit.

She was blown away.

The band was superb.  Tight.  Didn’t miss a note.  Engaged from the opening “Hello Hurricane” to the final encore “Dare You to Move.”

I’m not a kid anymore.  That was four decades ago.  But I was a kid last night.

I first heard of Switchfoot, an alternative band from San Diego, about fourteen years ago.  Their album “The Beautiful Letdown” put them on the map in a big way.  Indeed, their performances of “Meant to Live” and “Dare You to Move” from that breakout album at the concert’s end capped the night brilliantly.

Today, I listened to interviews with the band’s co-founder, front man Jon Foreman.  When asked what Switchfoot’s music is all about, Jon answered, “Hope deserves an anthem and that’s why we sing.”

Odd, I came into their music in a big way after I passed the half-century mark.  I’m fifty-three and rock and roll for me means Led Zeppelin.  And more Led Zeppelin.  (Factoid: Jon Foreman was a part of a Led Zeppelin tribute band in his teens.  Factoid no. 2: During the middle section of “Bull In a China Shop” last night, lead guitarist Drew Shirley launched into the solo from “Whole Lotta Love.”  It was spectacular.)

As I’ve gotten to know Switchfoot’s music, I’ve become very uncomfortable.  Hope is a theme.  So are themes like “live life fully, unafraid and without regrets” and “is this who you want to be?”

Ouch.  A little too near the heart and conscience

Check them out.  They’re raw and real, all flawed humanoids trying to figure life out.  It’s all spelled out in the music.

“Where the Light Shines Through” (Switchfoot) 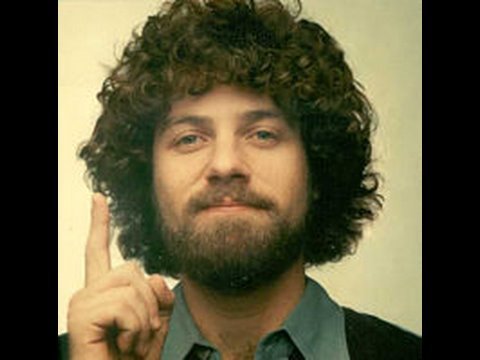 I remember July 29, 1982 like it was yesterday.  Thirty-five years ago, I stopped at a donut shop to visit a friend and picked up the Detroit Free Press.  I read of an airplane crash.  11 people dead.  And one of them, an iconoclast Christian musician named Keith Green.

Quickly, I grabbed the newspaper and went to the house of a friend.  It was probably about 9:30 at night.  And he was in bed.

“Keith Green is dead.  You have to see this.”  He was awake immediately.  We began reflecting on the profound impact this now deceased twenty-eight year old Christian musician had on us.

Keith Green was what we label as an acronym: WYSIWYG.  “What You See Is What You Get.”  He was intense to a fault.  A friend of mine, a recording engineer, met Keith once.  He said he was so intense he was scary.

Keith was a seeker.  And eventually he latched on to Jesus of Nazareth.  Jesus became his guru.  And then his master.  He never looked back.

Keith was not easy to deal with.  He was impulsive, impetuous and his intensity–so says his longtime friend, Randy Stonehill– could often give you an Excedrin headache.  He was immature at times but dead earnest with what he knew was truth.

I was first exposed to Keith’s music as a young Christian disciple.  His in-your-face lyrics both challenged me and made me wither.  The same could be said for multiplied thousands of people who came under his influence.

Keith, thank you.  You have no idea the effect you have had on me for thirty-seven years.  Add to that multiplied millions of others.  May your tribe explode in growth.

“Your Love Broke Through:  The Keith Green Story” 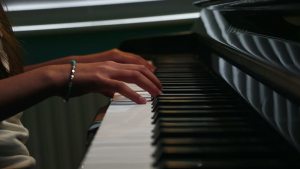 It was thirty years ago today.  July 12, 1987.  Northern New York, near the Canadian border.  Morning was hot and muggy when I first had a look at a beautiful young woman, a striking brunette in a striped dress, as I walked into the one hundred and fifty-two year old church.  She was playing the piano that morning.

I was hundreds of miles from home and came to this place to help in a missions trip to upper Ontario, James Bay region.

I noticed this young woman had a ring on the third finger of her left hand.  Odd.  For some reason, which I noted in a journal at the time, she didn’t seem married.  But she was lovely.  She caught my attention.

Fast forward to September 2, same year.  I’d now moved to this small village seven miles south of the St. Lawrence River.  She introduced herself to me.  “Hi Chris.  I’m Kathy.”

I was enchanted.  We soon found we were each other’s soulmates.  Seven months later we were wed.

Thirty years later she still takes my breath away.

Marry well.  I still have a hard time believing I get to share life with this marvelous lady.

The Five Love Languages: The Secret to Love that Lasts (Gary Chapman) 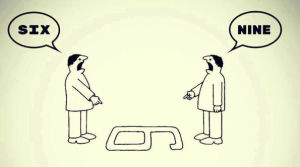 Parents of little children are encouraged to crawl around on their hands and knees to see the world as their kids do.  “Hmm, what can I grab?” (This insight courtesy of my lovely and sharp-as-a-tack wife.)

Perspective.  Often we need to approach everything from sketching a portrait to seeing the world through another set of eyes, like those of pre-toddlers, to seeing the upside of our current difficulties by entirely different approaches.

We’re human.  That means we have limited understanding of stuff, imbalanced and one-sided approaches to knowledge and problem-solving.  We need people and new views and algorithms to see the many dimensions of the things we face day-to-day.

One thing knowledgeable  art teachers do is teach their students how to see.  It’s not as obvious as you might think.  We tend to have certain universal ideas about how things look.  A hot dog is long and tubular.  Eyes tend to be oval and dark in the pupils.  Hands generally have four fingers and a thumb, the middle finger being the longest.  So we draw what we think, rather than what we actually see.  Instead of seeing digits, one learns to see light and shade.

We all find, if we haven’t already, that we need the input of other people and other approaches to help us experience the relief that a balanced perspective brings.  Got laid off from your job?  Maybe it’s because there’s something much better suited to your skills and temperament just ahead of you, if only you’ll apply yourself.  Someone did not return your text?  Maybe it’s because they’re callous and ill-mannered.  But it might just be that they know you love them and they don’t need to respond immediately.  They’re safe with you.  And probably buried in some task.

It takes humility to admit that perhaps you’re viewing things, usually the stuff that bugs the crap out of you, in an incomplete way.  Our minds seem hardwired to assume the worst.

Often it’s not so bad after all.

Drawing on the Right Side of the Brain: The Definitive, 4th Edition (Betty Edwards)

Perspective: The Calm Within the Storm (Robert J. Wicks) 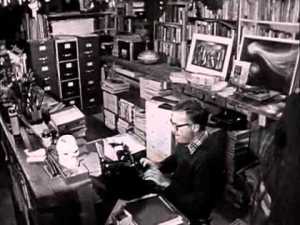 “You write to please yourself. You write for the joy of writing. And then your public reads you and it begins to gather around…The enthusiasm, the joy itself draws me — so that means, every day of my life, I’ve written. When the joy stops, I’ll stop writing.”

Zen in the Art of Writing: Essays on Creativity (Ray Bradbury)

On Writing: A Memoir of the Craft (Stephen King)

“See, I have the advantage of having found out how hard it is to get to really know something, how careful you have to be about checking the experiments, how easy it is to make mistakes and fool yourself. I know what it means to know something and therefore, I see how they get their information and I can’t believe that they know it.” (Richard Feynman on pseudo-sciences, 1981)

The Pleasure of Finding Things Out (Richard P. Feynman)