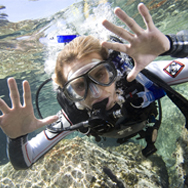 I first picked up the guitar in 1976.  I was a sixth grader and the guitar was a borrowed Harmony.  I set out, at first anyway, teaching myself using a guitar method (records and books) by Kenny Rogers, then a member of the First Edition.

Before long, I found a teacher on the recommendation of a friend.  Don taught me to read music (The Joe Fava Method for Guitar for guitar fans).  But he also taught me the songs of my heroes:  Led Zeppelin, Jimi Hendrix, Eric Clapton, the Rolling Stones, and others.  Don had an incredible ear for music and taught me note-perfect rhythm and solos.  Remember, this was long before the days of the internet, YouTube, tablature charts ad nauseum and the like.  There were, in fact, very few songbooks for the music I loved.  Led Zeppelin Complete was the exception.

Don learned all sorts of songs by ear and taught them to me.  You have to go back into a time capsule to appreciate what this entailed:  Listening, over and over, to songs on a 33 and 1/3 vinyl album, picking up the needle and starting over, etc.  until you got it.  From his work, I learned songs like “Don’t Want You No More” (Allman Bros. Band); “Roundabout” (Yes); “Ten Years Gone” (Led Zeppelin); and “Purple Haze” (Jimi Hendrix).  It was exhilarating.

In subsequent years–again before the avalanche of information, courtesy of the digital age–I followed the same method, dragging out records and listening to them over and over again to get a song just right.  I remember doing this with “Leader of the Band” by Dan Fogelberg.  The exhilaration only heightened.

There’s something about digging things out for yourself, mining your own vein of gold and connecting the dots via your own sweat that having something handed to you just doesn’t cut.

Challenge:  Whatever your vocation, hobby, avocation, etc., pop the hood, get inside for yourself, explore, experiment, play around.  It’s kind of like apple pie:  Why is it that apple pies made from apples from your own apple tree just seems to taste better?  It’s the same idea.

You’ll be delighted with all the cool things you figure out for yourself! 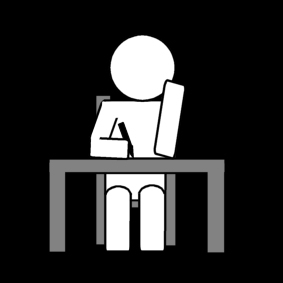 One of the most challenging tasks one can engage in is focused and thorough thinking.  “The easy way out” is often found in 1) trying to find cut-and-dry, black-and-white solutions to every problem or 2) denying the complexities of modern life offering superficial and simplistic solutions to sizeable challenges.

M. Scott Peck once discussed the problem of simplism in his book The Road Less Traveled and Beyond, which tends to reduce the complex challenges of modern life into neat and tidy solutions.  Too often, we gravitate towards simplistic solutions to these difficulties and mysteries.  Why?

For one, it’s easier.  Thinking–serious thinking involving focus, research and reflection–is hard work.  Again, we have a bent towards laziness…following the path of least resistance and exerting minimal effort.

The problem with simplistic thinking is that easy answers in neat, tidy packaging eventually get found out for what they are.  The result?  Cynicism.  Disillusionment.  Loss of values.  Even loss of faith.  Having come from a background that has included not a few years as a minister, simplistic solutions to serious problems ultimately destroy in the end.  Fundamentalists, note this please.

The solution?  Do your homework.  Whatever your challenge, put your time and paces in to get to the bottom of a matter.  The greater the stakes, the more effort you must exert.  At times, life is simple, even black and white.  Most of the time it is not.  If you know this going in, you’ll fare well and your ship will probably moor safely.

Do your homework.  And don’t leave it to anybody else, even the experts.  There’s far too much at stake.

Okay, confession time.  I don’t like being criticized or critiqued.  I am not fond of being vetted and graded.  I get nervy and irritated when someone says, “I’m sorry but your work is not acceptable.”  I resist accountability.  Have your address yet?

At work today, a number of my colleagues and I had a discussion about review, critique, inspection, modification, correction, editing and the like.  We applied this to a number of areas: writing, self and home education, our IT work and our values and stated beliefs.

While critique and inspection is not pleasant–and not meant to be–it is, however, invaluable.  We are all imperfect.  We have blind spots.  We miss stuff we should have noticed and caught.  It takes a person with a love of truth and reality and not a little courage to actively seek out feedback on what they’re doing and becoming in order to improve and avoid hurting on the one hand and seeking to help on the other.

How about you?  Do you resent criticism of your work (and by that, I don’t mean ad hominem jabs designed to hurt rather than correct)?  The most foolish people I’ve ever met are those who actively avoid and stifle any kind of evaluation of their actions and character.  I’ve done it myself.  After all, my business is my business, right?

Well, not exactly.  Your business, your doings, and your character affect those in your orbit.  And others.  Challenge for today:  See critique and evaluation not as monsters set on a mission of destruction but friends who will help you get where you REALLY want to go.

When you were growing up, did you hear this question (I bet you did)?  “Why do you have to wait for me to tell you to clean up your room?”  One or both parents would make this nagging request.  Yes, I thought it would bring back memories.

What were our parents trying to do?  Were they simply bored and looking for something to gripe about, harping on us, making our lives unpleasant?  No.

What they were trying to mold in us was this:  Initiative.  Self-discipline.  Drive.

I thought about this today and realized that the difference between excellence and mediocrity boils down to whether one is a self-starter or has to be told, constantly, what is the next step in any given enterprise or series of tasks.

Understand this:  Your boss, like your parents, can spot initiative.  And initiative taken, even if the performance is not up to speed, gets favorable attention from those who are in a position to help us.  The obverse is true as well.  Our betters can spot laziness and a “just enough to get by” attitude a mile away.

I studied French for six years in high school and college.  One common occurrence I’ve heard about more than once comes from people who’ve either visited France or Quebec.  The French are notoriously jealous of their native tongue.  And they should be for it is a beautiful language.  Those who take the initiative to try and communicate in French with native French speakers, even if their own skills are marginal, often have the reward of the French trying to help them, honored that someone took time and effort to try.  Such initiative has an ingratiating quality about it.

Here’s the challenge:  Find something in your job, your vocation, your home, wherever, that you can do without being asked.  And then make a habit of this.  “It’s not my job” must not be within a million miles of your credo.  You are meant for far more than that.  And the habit for doing more than is expected will be rewarded.

Remember, people are watching.  Up the ante.

Every human being who is now, will be or ever has been is a miracle.  The co-workers, family members and friends with whom you trafficked today are, every one of them, wonders beyond belief.  We are all—regardless of color, creed or cult—made in the image of God.  There is no such thing as an ordinary person.

C.S. Lewis, writing in his essay “The Weight of Glory” says this, “It is a serious thing to live in a society of possible gods and goddesses, to remember that the dullest and most uninteresting person you talk to may one day be a creature which, if you saw it now, you would be strongly tempted to worship, or else a horror and a corruption such as you now meet, if at all, only in a nightmare. All day long we are, in some degree, helping each other to one or other of these destinations. It is in the light of these overwhelming possibilities, it is with the awe and the circumspection proper to them, that we should conduct all our dealings with one another, all friendships, all loves, all play, all politics. There are no ‘ordinary’ people. You have never talked to a mere mortal. Nations, cultures, arts, civilisations — these are mortal, and their life is to ours as the life of a gnat. But it is immortals whom we joke with, work with, marry, snub and exploit — immortal horrors or everlasting splendours.”

Our society, especially here in the West, is enamored of celebrity.  I don’t quite know how to account for it.  Perhaps it is, in some weird way, a seeking after God, power embodied in fame.  The Kardashian sisters are lovely women but they are no more a miracle than your boss, the clerk at the store down the street or your friendly neighborhood Wal-Mart greeter.

Ask yourself this one question:  “How do I treat those who have absolutely nothing by which I can, knowingly, be benefited?” 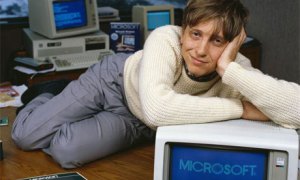 “The world won’t care about your self-esteem. The world will
expect you to accomplish something BEFORE you feel good about
yourself.” (Bill Gates)

“You must walk to the beat of a different drummer. The same beat that the wealthy hear. If the beat sounds normal, evacuate the dance floor immediately! The goal is to not be normal, because as my radio listeners know, normal is broke.” (Dave Ramsey)

Now, more than ever, you owe it to yourself and those you love to do your financial homework.  There are lots of audio and video resources to help you get a handle on your money.  Among them, Dave Ramsey (quoted above).  Scores of people have liquidated their debt and got on their feet by taking his Financial Peace University class. Many others have been helped by the direct and passionate style of Suze Orman.  Here are some things I am reading and learning:

The current debt-ceiling crisis in Washington D. C. highlights the need to be aware of our money—what we have, what we owe, where to get more, etc.

Do yourself a favor and get yourself an education—if you haven’t already done so—on the way money, debt, deficits, markets, lending, borrowing and the like functions.  In this time, more than ever, ignorance is not bliss—it is dangerous.  Be awake.